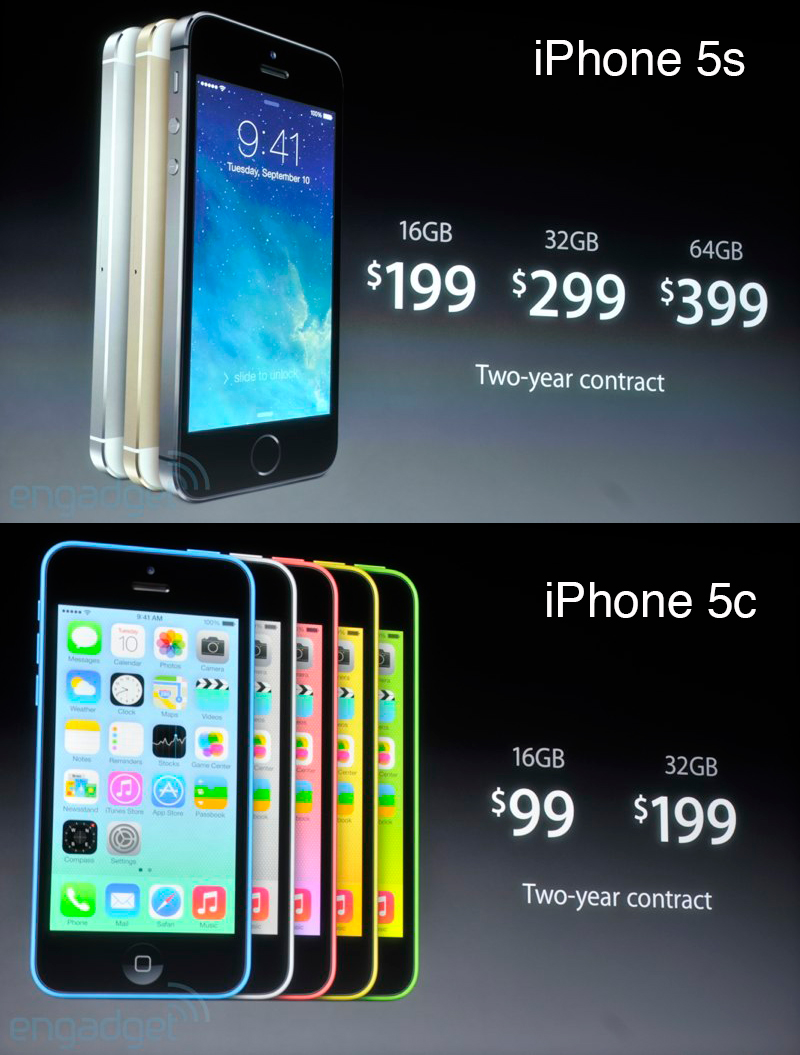 The iPhone 5c is a glorified iPhone 5 that comes in 5 new colors. Green, White, Red, Blue, and Yellow. Apple will also release new cases that will go for $29.

The iPhone 5s is what we have come to expect through Apple. Upgrade it, make your mouth water, and demand your attention! Apple did add a new color to the existing white and black…gold.

You can scroll through Engadget’s live blog from the event here to get the specs of the new phones.

Both phones come with iOS 7 which will be released to existing iPhone owners on September 18.